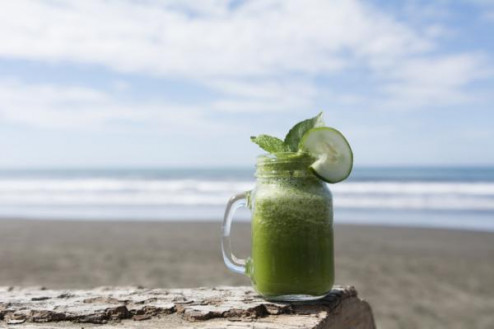 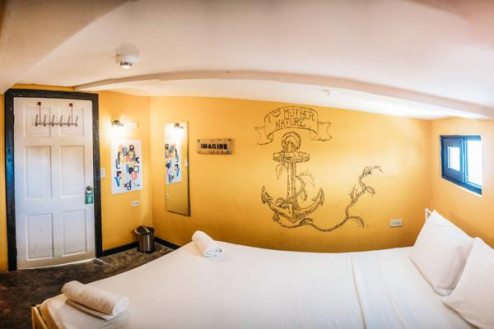 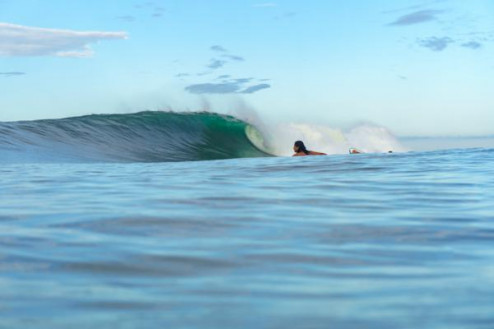 SURF CONDITIONSPanama has some of the best surf breaks in all Central America! Whether you like point breaks, beach breaks, hollow tubes, or long peelers, panama has a variety of surf breaks to accommodate your style. Panama is still virgin and you can catch most of the best surf spots by yourself with your buddies. Few people know about Panama´s surfing potential, which is a big plus for surfers who visiti! However, you better go soon because Panama is becoming more and more popular for surfers from around the globe.
Bocas del Toro has been compared with some places in Indonesia, the bottom drop off in his coast and the produce powerfull waves. From beginner to advance, there is a wave for everyone along one of Panama´s hundreds of beaches. Unpaved roads, boats to get from one island to another and hidden paradises have kept these magnificient beaches from becoming overcrowded and will have you feeling as though you are entering a secret paradise.
Bocas del TOro has become one of the top destination surf spots for surfers in search of the best waves in Panamá. Beginners, inermediate and advance surfers alike can find a perfect breaking wave that caters to their level of experience. Selina Surf Club is located in Isla Colon spot, just 10 minutes by boat of the rest of the most important spots in the area. Seasonal conditions

Panama surfing is definitely recommended, is a legendary surfing location and is seen as more of "hardcore" destination and for the adventurous it could be the trip of a lifetime.
Min Temperature (ºC/ºF): 22º/º72)
Max Temperature (ºC/ºF): 30º/º86)
Water Temperature: around 27ºC. No weetsuite needed
Dry season: February to JUne, September to November
Wet season: December, January, July and August
Major swells: Rainest months: correspond with the swell; it can rain for days on end, but the sun usually comes out a bite every day.

Panama is bordered by Costa Rica to the west, Colombia to the southeast, the Caribbean sea to the north and the Pacific Ocean to the south. The capital an largest city is Panama City, whose metropolitan area is home to nearly half of the country´s 4 million people. Panamanians believe in general that the word Panama means "abundance of fish, trees and butterflies". Panama was inhabited by several indigenous tribes prior to settlement by Spanish in the 16th century. Panama´s tropical environment supports an abundance of plants. Forest dominate, interrupted in places by grasslands, scrub, and crops and the wildlife is the most diverse in Central America. It is home to many South American species as well as to North America wildlife. The culture is reflected in traditional products, such as woodcarvings, ceremonial mask and pottery, as well as in Panama´s architecture, cuisine and festivals. In earlier times baskets were woven for utilitarian uses, but now many villages rely almost exclusively on income from the baskets they produce for tourist. Panamanian cuisine is a mix of African, Spanish, and Native American techniques, dishes, and ingredients, refelcting its diverse population.

JOURNEYWays to get to the camp - From the airport: from Panama City, you can take a direct flight from the Albrook Airport to Bocas del Toro Airport with Air Panama ( from $105 each way). Selina Surf Club Isla Colón is located a few blocks away from the airport, about 5 minutes walking. If you require transportation, taxis are avalaibles on the island.
- Public transportation: from Panama City, you can take a 10-hours bus ride departing from Aldbrook Terminal to Almirante, the closest mainland point to Isla Colon ( around $27). From Almirante take a half-hour water taxi ride to Isla Colon (around $6)

Formalities: passport valid 6 mnth after you return home is compulsory, a return plane ticket, and $500.
Language: official language Spanish. Second language, English.
Health: no vaccine is required to enter in Panama. Nevertheless, think about taking a treatment against malaria if you wish to hazard in the jungle.
Times difference: UTC-5.
Weather: Panama is a tropical country and only has two season ussually lasts from December to April. The went season from May to November. The Caribbean coast remains humid all year long. Temperatures not change too much.
Enviroment: Panama is also one of the safest places in the world, in general, you can surf, roam the streets, party, or shop care free, at any time day or night.
Water / Electricity: do not drink the tap water and bring along medicine for intentinal problems. Use an American outlet with flat connections because the electric current is 110V.
Currency: the local currency is Balboa (PAB) but it not expoetable. We recommend you to have US dollars in small denominations and change on the way there Credit cards are not accepted everywhere.